Many women and men in our country today are applying for nose surgery. Nasal surgeries may still be worrying for some people and they believe that they do not need nasal surgeries and can live like that, but there are others who look beautiful The most important ones are those who have nose defects, such that their nose, which is one of the effective components of the face, is not very beautiful or that the nose is not coordinated with other facial features, nasal aesthetic surgery can cause nose defects In such a way that the outcome is satisfactory to the patient and the person is self-confident But nasal surgeries also have aesthetic health and can cure many breathing problems.

For nasal surgeries to address nose deficits, they first examine the factors that affect nasal surgery, including nasal congestion, which is characterized by the appearance of the nose, as well as nasal congestion. The type of flesh or bone and the condition between these two types, and ultimately, the nose surgeon, depending on your nose, will use different techniques for nasal surgery. Another point in cosmetic nose surgery is the fit of nose with other facial features. 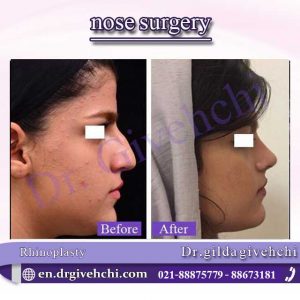 Nasal congestion and channels that should normally be open

– Swelling and inflammation of the nipples and adhesion in the walls.

– Inappropriate forms and incidence of deformities in the person’s nose

– Disengaging the cartilage regions of the facial skeleton

Many of the problems caused by nasal surgery or inappropriate care can be eliminated during surgical repair and sometimes require other treatments, such as endoscopy. . . In some cases, in order to resolve acute deformities, several surgical procedures are required to be carried out continuously. The best treatment for these complications, depending on the vision of the nasal surgeon and his specialized decisions, is to take.
Bone Nose Surgery

In order to be satisfied with the result of your nose surgery, you can decide, by way of seeing a sample of the surgeon’s actions, to choose a surgeon. Nasal surgery should be creative and fully familiar with the principles of aesthetics in order to be able to nose Surgery will help the person to achieve the ideal beauty. Nasal surgery can be used for a variety of surgical techniques, depending on the type of person’s nose. It is recommended that your nose is surgically inspected. Have a reasonable expectation because the nose surgeon can not miraculate and make unexpected changes In case you create.